Please note: due the large size & weight of the printed edition of this work, free shipping is not available. Shipping charge for international post is $80. Contact Reed Music for further information.

No affiliate commission is available on this publication.

Performed by Kenneth Tse and the Escher String Quartet.

Quintet for Alto Saxophone and String Quartet (2006) features three movements of wildly different character, all influenced by quite different kinds of music.  The first movement, “Bright and exuberant,” is simultaneously heroic and breezy.  Undulating near-minimalist figures in the strings accompany overarching melodies played by the saxophone.  The B section within this A-B-A’ form is more languid, while the outer A sections contain music that is buoyant and striving.

I think of the tune at the center of movement 2 (“Heartfelt and singing”) as an urban spiritual.  Though simple, it first finds itself in a bluesy if somewhat chromatically tortured chorale-like setting.  Four variations follow.  The first preserves the pace of the saxophone melody in a setting of pizzicato strings and short lamenting outbursts. The second variation poses quintuplet perpetual-motion arabesques against the melody while the cello plays with and against the quintuplets in rhythmic syncopation.  The third variation spins an uptempo jazz waltz out of the material while the fourth sets the tune lamentingly in surprising harmonies in the strings’ upper registers.  A cadenza for the saxophone brings the movement to a somber close.

The third movement is something of a middle-eastern dance, made rhythmically jagged by the everchanging meters.  Marked “Dancing, yet driving,” this movement emulates the A-B-A’ shape of the first.  However, the B section and the coda recapitulate the tune of the first movement, first in a melancholy mood and then in exuberant conclusion. 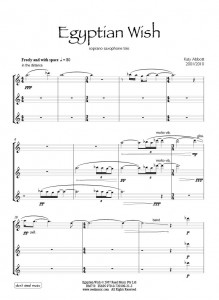 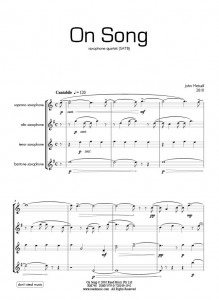 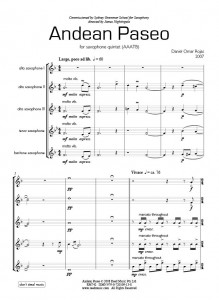 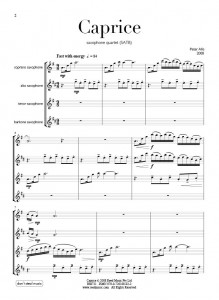 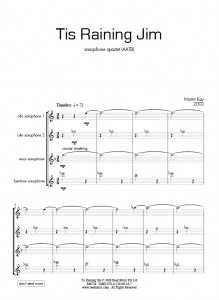 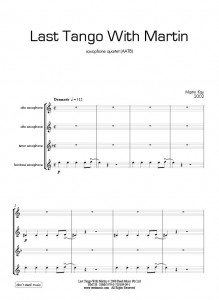 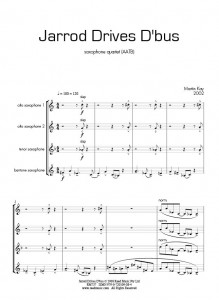