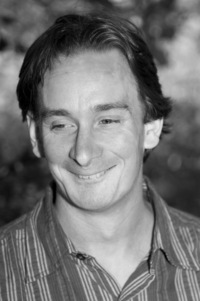 David Flynn (b.1977) is recognised as one of Ireland's finest young composers and guitarists. He is mostly self-taught; however from 1999 to 2004 he undertook a 5 year period of formal music study.

David has produced a large body of works encompassing orchestral, chamber, solo and electronic music. His musical style is a very individual mix of 20th Century, baroque, minimalist, rock, jazz, world and traditional Irish musical influences. In recent years David has immersed himself in traditional Irish music and uses what he learns to influence his compositions. ‘Slip’, the award-winning first movement of ‘The Cranning’ his second String Quartet, demonstrates how he merges the Irish influence with his other eclectic influences to create his own voice.