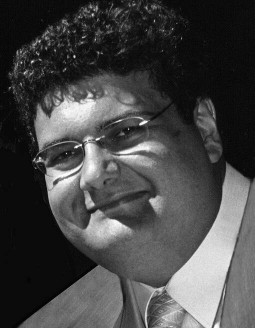 Michalis Keffalas [MA (York), PhD (London), HonFNAM, BA (Hon) Hum (Open), MEd (Aegean)] is a Doctor of music composition from the University of Goldsmiths London. He was born in Athens, in 1966. He is the son of Petros Keffalas and Calliope Karamanlis, from Oinousses, Chios. He studied music at Greek conservatories (Diploma in composition, Theodore Antoniou, John Ioannidis) and at the British Open University. In 1994 he established the ‘Alypius’ Music School, and in 1996 he was appointed music teacher in Primary Education. In 1999 he began his specialisation in composition at the University of York (David Blake) and Goldsmiths London (Roger Redgate) on a five-year educational leave granted by the Greek Ministry of Education, and supported by various scholarships. He has recently completed further postgraduate educational studies with applications in Information Communication Technologies at the Aegean University (2014-2016).

His work includes more than 120 compositions of different forms and for diverse means, such as educational music for children, chamber music, song cycles, theatrical music, two operas and orchestral music. His research interests range from science fiction opera and the harmony of the spheres, to the music education of people with special needs, immigrants, and the elderly, through the use of new technologies and within the context of cross-cultural education. He has authored the following publications: ‘A Handbook for Entrance Examinations to Music Departments of Universities’ (3 editions), ‘The Microcosm of Manos Hadjidakis’, ‘Six Works 2000-2004’, ‘Rembetiko in Schools’ and ‘Icaromenippus is Flying Over Our School’. He has edited the collective works ‘36 Scores for All’, a publication which is currently taught at the Music Therapy Department of the Artistotle University of Thessaloniki, and ‘20 Braille Music Scores by Greek Composers’, for blind or partially-sighted people. His scores, books and CD’s have been published and are available through Reed Music, Agenda Edizioni per la Musica, Philippos Nakas, Panas Music, Orpheus and Lighthouse for the Blind of Greece publications. He has contributed towards twenty further books and conference proceedings in Greece and internationally. He has been an educator in the Peripheral Educative Centres educational programmes for teachers (2014) and a member of the evaluating committee of the books used in Primary Education Music (2015). He was seconded as a consultant for Music to the Greek Institute for Educational Policy (2017-18). Between 2007 and 2011 he was the artistic director of the Municipal Conservatory of Hymettus (Athens), and since 2013 he holds this position at the ‘Alypius’ Music School (Piraeus).