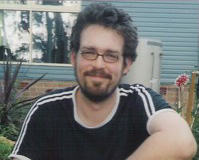 Paul Marshall was born in Sydney, Australia in 1979. He now lives in northern Sydney with his wife, Louisa, and their nine rescued dogs. During his school years he played saxophone, violin, viola, bass and guitar and began composing at the age of 16.

Paul initially spent most of his time studying the performance aspects of saxophone, before turning his attention to composition. He has written most of his music for groups in which he performs or for specific students. These pieces have been influenced by a wide range of composers, such as Bach, Bozza, Dubois, Brubeck, Corea, Mingus, Lennon, Pastorius and Hendrix.