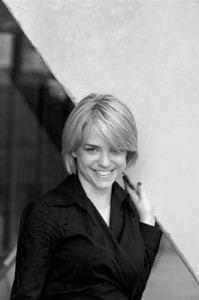 Jane’s music has been performed by Halcyon, Continuum Sax, Dominic Donato and Stephen Paysen, Bernadette Harvey-Balkus, Duo Vertigo, the Tasmanian Symphony Orchestra, the New Zealand Symphony Orchestra, Jonathan Golove, and Jason Calloway. In 2004-5 Jane was a Visiting Fellow at Harvard University, and in 2006 she taught at MIT and Northeastern University. She recently received a PhD in composition from the University of Sydney. Jane is the recipient of the Sydney Moss Scholarship, an Australian Postgraduate Award, the Albert Travelling Scholarship, the Tempe Mann Travelling Scholarship, and grants from Ars Musica Australis and the Ian Potter Cultural Trust. Her work Spindrift/Interiors was selected to represent Australia at the Asian Composers League Festival 2004 in Israel, and at the ISCM World Music Days/23rd Music Biennale in 2005 in Croatia. In July 2006 she was a participant at the Wellesley Composers Conference in Massachusetts, and in July 2007 she was a participant at June in Buffalo. Triptych for percussion duo was selected for Gaudeamus Music Week 2007. She was recently selected to attend the 2008 Tanglewood Music Center as a Composition Fellow. She is a lecturer at the University of Glasgow.