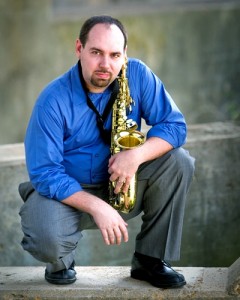 Dr. Jeffrey E. Vickers is Assistant Professor of Saxophone at Southern Arkansas University, where his responsibilities include applied saxophone, chamber ensembles, Music History, and Music Appreciation. Dr. Vickers has previously taught on the faculties of Alcorn State University (MS), the University of Louisville (KY), and Vincennes University (IN). He was also a graduate instructor in Music Education at Indiana University. He has presented performances in over a dozen states and Europe (Portugal), as well as at numerous regional, national, and international saxophone conferences.

Dr. Vickers is in demand as a recitalist and clinician, having recently presented recitals and masterclasses throughout the South and Midwest. He has performed with the Arkansas Symphony Orchestra, the Evansville Philharmonic Orchestra (IN), and the Bloomington Community Orchestra (IN). He is an artist/clinician for the Selmer Saxophone Company, a member of the Arkansas Arts Council “Artists on Tour” Registry, and a member of the Mid-American Arts Alliance “Regional Touring” Roster.

Dr. Vickers is highly regarded for his interpretation of contemporary art music, but he is equally adept performing standard saxophone repertoire and transcriptions from other musical eras. His transcriptions/arrangements are published by Reed Music (Australia). From 2007-2009 he was also the tenor saxophonist for the Arkansas Saxophone Quartet, a chamber ensemble comprised of four Arkansas university professors.

Dr. Vickers completed the Doctor of Music degree in Music Literature and Performance (saxophone) from Indiana University, with minors in music education and jazz studies. He also obtained his Master of Music (saxophone performance) from Indiana University with a minor in jazz studies. Dr. Vickers completed his Bachelor of Music in education at the University of Mississippi. During his study at Ole Miss the Department of Music faculty honored him as “Undergraduate Instrumentalist of the Year” as well as “Music Education Undergraduate of the Year.” His teachers include Wade Irvin, John Sampen, and Otis Murphy. Dr. Vickers recommends and plays Selmer saxophones exclusively.