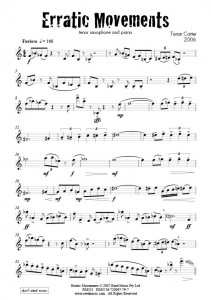 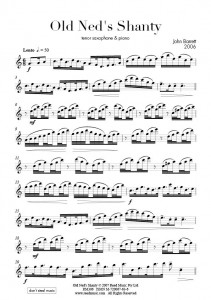 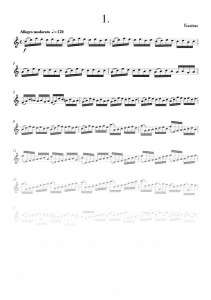 These pieces have been chosen to give the advanced saxophonist a melodic selection of traditional studies and caprices. The works were adapted from the violin music of Kreuzter, Rode and Paganini and offer saxophonists the chance to play virtuosic studies that are immensely enjoyable - both to play and to listen to.

No breath marks are given and often no rests are present to indicate where to breathe. Given the wide variety of tempi that these studies are likely to performed at, each saxophonist must choose their own breathing points. Remember though that breathing is decided by the musical phrase, rather than the phrase being decided by the breathing. It is suggested that the occasional note be ommited to occomodate breathing rather than adjusting the tempo.

Given that most of the studies are intended to be played at a fast tempo, the exact metronome marking is left to the discretion of the player. However, several pieces are quite effective at a slower tempo and it is important to place accuracy above speed.

In most of the pieces, the articulations are taken directly from the violin. Use these original markings or explore additional patterns of your own choosing. Whatever the choice, a clear and consistent approach to articulation is recommended. All octave markings throughout this book are optional. These works are not intended solely for technical development but rather for the musical application of an already advanced technique. 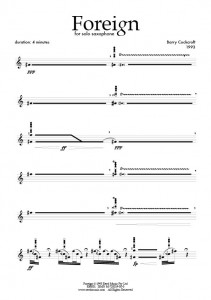