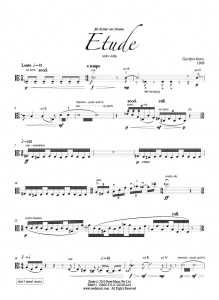 Written during a Fellowship from the Australia Council, which I was awarded in 1999, my Etude for solo viola was composed for Esther van Stralen, who had given terrific performances of my Viola Concerto with the Sydney Symphony Orchestra a few years before.

This piece, which exploits the wide range of tone-colours and technical effects of which she is capable, is very much for her. She is its dedicatee, and made many helpful suggestions about certain practical aspects. Moreover, the piece is built around a musical spelling of Esther’s name heard at the outset: E flat (‘es’ in German), C (from ‘ut’ – the designation of this note in solmisation), B (‘h’ in German), E and D (from ‘re’).
RM623e Antiphon Kerry VLA
Digital Download eScore
Price: $24.95Price: $27.45
Composer: Gordon Kerry
Composed: 2010 Duration: 3 mins.
Instrumentation: Viola Solo
Exam Grade: AMEB Viola Grade 6,
AMEB Viola Grade 8,
HSC Viola
ISMN: 979-0-720100-52-4 Catalogue: RM623
Level: C Country: Australia 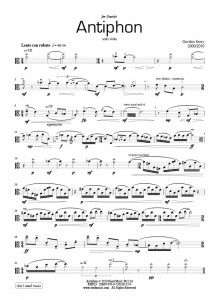 In 2000, the World Community for Christian Meditation held its annual John Main Seminar in Belfast. The theme for the seminar was ‘The Way of Peace’ and it was addressed by, among others, His Holiness the Dalai Lama, the then president of Ireland Mary McAleese and the group’s current leader Fr Laurence Freeman. Australian violist Sheelah Treflé Hidden asked me for a short piece to perform at the event’s opening at the Waterfront Hall. In Catholic liturgy an antiphon is the single verse of a psalm repeated at various points to crystallise the main idea of that day’s psalm and readings. 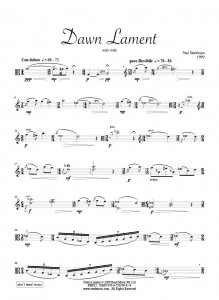 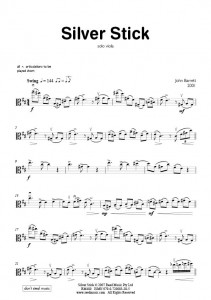 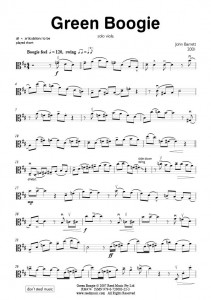